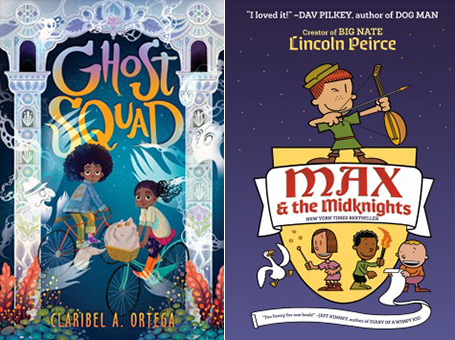 There are so many GREAT books to read and it was extremely difficult to narrow down November options to just two choices. Book Club members will get to vote for our next book during the September meeting. Read the descriptions and watch the book trailers to learn more.If you haven’t signed up for book club, there is still time. Learn more and register today!

“For Lucely Luna, ghosts are more than just the family business. Shortly before Halloween, Lucely and her best friend, Syd, cast a spell that accidentally awakens malicious spirits, wreaking havoc throughout St. Augustine. Together, they must join forces with Syd’s witch grandmother, Babette, and her tubby tabby, Chunk, to fight the haunting head-on and reverse the curse to save the town and Lucely’s firefly spirits before it’s too late.”–Jacket flap.

Max and the Midknights by Lincoln Peirce

“Max wants to be a knight! Too bad that dream is about as likely as finding a friendly dragon. But when Max’s uncle Budrick is kidnapped by the cruel King Gastley, Max has to act…and fast! Joined by a band of brave adventurers–the Midknights–Max sets out on a thrilling quest: to save Uncle Budrick and restore the realm of Byjovia to its former high spirits!”– Provided by publisher. 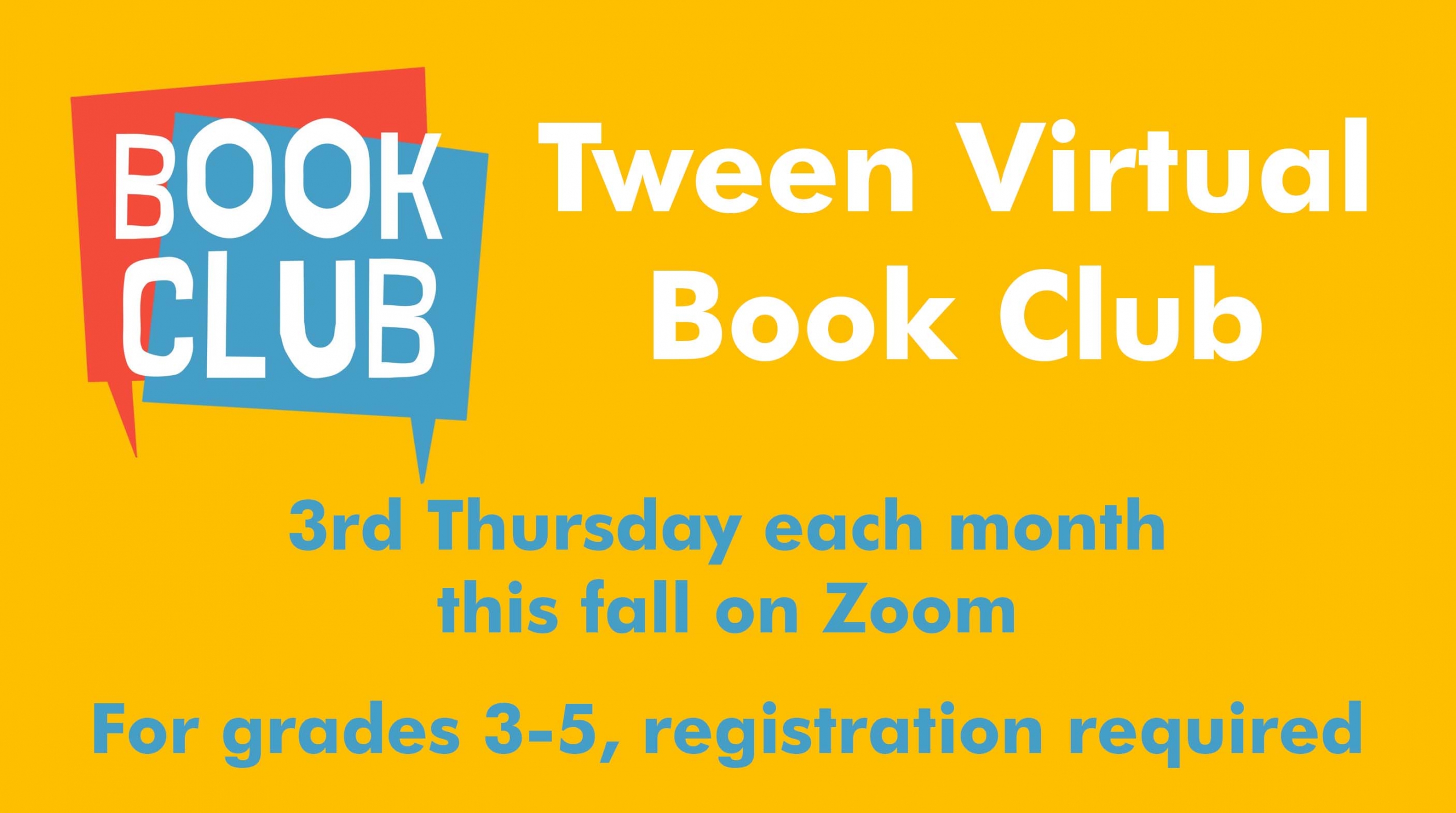 The year is 1912 and you are aboard the Titanic. The ship has just hit an iceberg. Will you go to the cabins or stay on deck? Will you try to find your family or will you get into a lifeboat? Will you head to the boiler rooms or the kennel?

YOU CHOOSE the story at our first virtual book club meeting for kids in grades 3-5 on Thursday, September 17, 2020.

Learn more and register for the book club today!