Reflections on Generosity During Times of Crisis

This last Saturday marks 20 years since the events of September 11th, 2001. So many facets of modern life changed as a result of 9/11 that it is difficult for many people to recall a world before the attacks took place. There are many lessons to be taken from 9/11, among the most important lessons is the way that people came together to care for one another after the attacks happened. People reacted with acts of generosity to help heal and rebuild after the collective trauma that Americans experienced. One of my earliest memories is going to a local Red Cross blood drive on 9/11 with my dad so that he could donate blood to help victims of the attacks. People from all over the country, like my dad, found any way that they could to support those directly impacted on 9/11.

Today we are witnessing the repercussions of a 20-year long war overseas and the impact it has had on people living in Afghanistan and the United States. Recently, refugees from Afghanistan have moved to Fort McCoy and our community has reacted with the kind of generosity that reflects the generosity that helped the United States heal after 9/11. The L.E. Phillips Memorial Public Library began a toy donation drive for refugee children living at Fort McCoy. Since the toy drive began, the library has received an overwhelming amount of donations! Offices and conference rooms at the library are overflowing with hundreds of toys and books that will help children and families have the opportunity to heal through play. 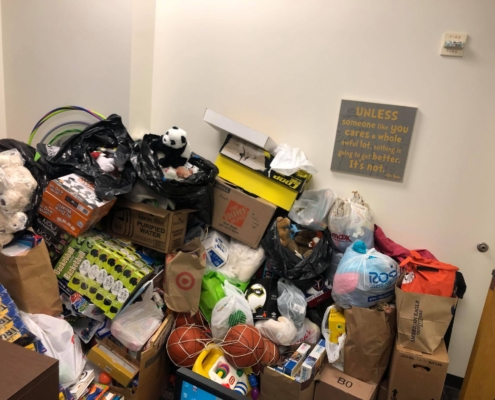 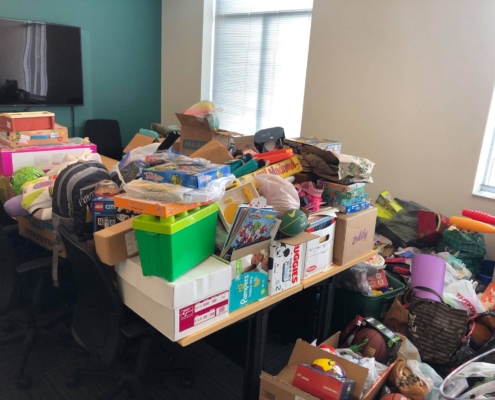 When I think of events like 9/11 there is a quote from Mr. Rogers that resonates with myself and many who have grown up with Mr. Rogers’ Neighborhood,

“When I was a boy and I would see scary things on the news, my mother would say to me, ‘look for the helpers. You will always find people who are helping.’” – Fred Rogers

Thank you to all who have been the helpers over the last 20 years. Whether you are a veteran, first responder, medical professional, or just donating toys to bring a smile to a child’s face you are the helpers that we all need to build a brighter future.

View All Posts
Book Links: Linking You to Your Next Great Read

Sweater Weather in the Chippewa Valley
Scroll to top