If you haven’t guessed from my past blog posts, I’m a huge gaming nerd. Some of my earliest memories were playing Super Mario World on the Super Nintendo or Pokemon Blue on the Gameboy. Lately, I’ve been a bit on a nostalgia binge, playing a lot of older games from my youth that helped shape me.

While I’d like to think I was a smart kid, I didn’t have the world’s fastest reaction time or good hand-eye coordination. That made some of the tricks needed to get some of the stars in Super Mario 64 quite challenging. Enough, in fact, that while I was able to “beat” the game, I was never able to get all 120 stars. I’ve since made it my goal to finally get all 120 stars and see Yoshi on top of the castle! I haven’t gotten there just yet but there are too many games and too little time in the day.
I also dove back into some of the older games of one my favorite series, Fire Emblem. Probably my favorite game on the GameCube, Fire Emblem: Path of Radiance, has kept me busy and flustered as I attempt to complete the game without any of my characters dying on the hardest difficulty. 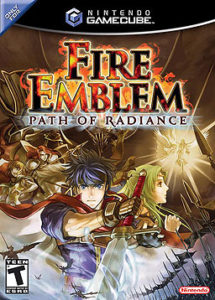 All of these things have got me thinking that I can’t be the only one itching to play some classic games from their youth again, so I decided to come up with a program at the library. Throwback Thursday Gaming, which will be hosted on April 13 in the Dabble Box from 6-8 p.m. The first event will be Nintendo night! We’ll have a Super Nintendo, Nintendo 64, and GameCube with all the multiplayer classics! I also have a possible Halo event planned for the month after with 8-16 people being able to square off against each other (if I can get that many systems).