I’ve never been one to watch a good television show as it initially airs on tv, always catching it about midway through its run or after it has already ended. That said, Game of Thrones and Rick and Morty each returning with a new season has got me wanting to binge watch some new shows. With not a lot of free time due to work and other hobbies, I’ve found myself with a huge backlog of amazing shows to binge on when I find the time. Westworld, Fargo, The Sopranos, Bojack Horseman, the Netflix Marvel series, etc. are all things I need to watch sooner or later. If you’re itching to scratch a new television series itch, I might have the right suggestion for you. 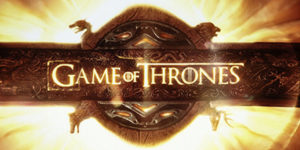 I’m sure all your friends have bugged you about these ones, but there’s a reason some of these extremely popular shows became just that. Starting with my all-time favorite television show, I implore you to watch Breaking Bad. It has everything you want in a show, suspense, character development, an interesting plot, humor, and the list goes on. Another powerhouse classic is The Wire, set in the inner city of Baltimore; it covers the struggles those living there face day to day in thrilling fashion. Dexter, which doesn’t end too well, is a thriller focused around the life of a serial killer who only kills “bad” people. Finally, it’s definitely all the rage and I know your friends have been bugging you about it, but you really should catch up on Game of Thrones, which is easily the best fantasy series to ever be made.

Are you a fan of period pieces? If you’re looking for something more character-focused then look no further than Mad Men, one of my favorites about an ad agency in the late ’50s and early ’60s. Another exciting show is Boardwalk Empire, set in Atlantic City in the 1920s during Prohibition.

Maybe you’re sick of all the seriousness and just want to unwind with a laugh; I’ve got some great suggestions for you. Arrested Development is easily my favorite comedy show, and the best thing about it is you notice more and more hilarious things the more you rewatch it. For a fun action spy comedy, Chuck packs a seriously funny punch. Tina Fey’s 30 Rock is another hilarious series that anyone would enjoy. If you’re alright going a little out there, Rick and Morty is an extremely smart Sci-Fi cartoon.

Hopefully I’ve suggested something you’ll fall in love with, and if you ever see me working, feel free to suggest something for me and I’ll make sure to check it out. Or just leave a comment below. Happy bingeing!