Forget Swords and Sorcery. Bring in Magic and Muskets!

I had an interesting conversation with a coworker recently. One of those conversations we library-type folks tend to have about nerdy, booky things. I told him that I discovered a new subgenre of Fantasy I was excited about. He responded by saying that making new genres was annoying to him. I was a little shocked at first, not really understanding why someone might feel that way, so I asked him. He said something along the lines of preferring to keep it simple. I understood what he meant, but it made me really think about what was so special to me about this new discovery.

Many authors are perfectly content sticking with a formula. Readers who fall in love with certain Mystery or Romance authors are often more than happy to find other authors whose books are very similar. Many fans of Fantasy prefer to find similar authors, too. But this is also where things can get interesting. Stagnancy is an issue I know many a reader has had to face. You often look for similar authors or another series that tweaks that same chord, but your new find often falls short. Still, once in a while, you find an author whose work is expected in one series, but who comes up with something new and invigorating in another, so here’s my overthought response to my coworker that I’ll share with you all. 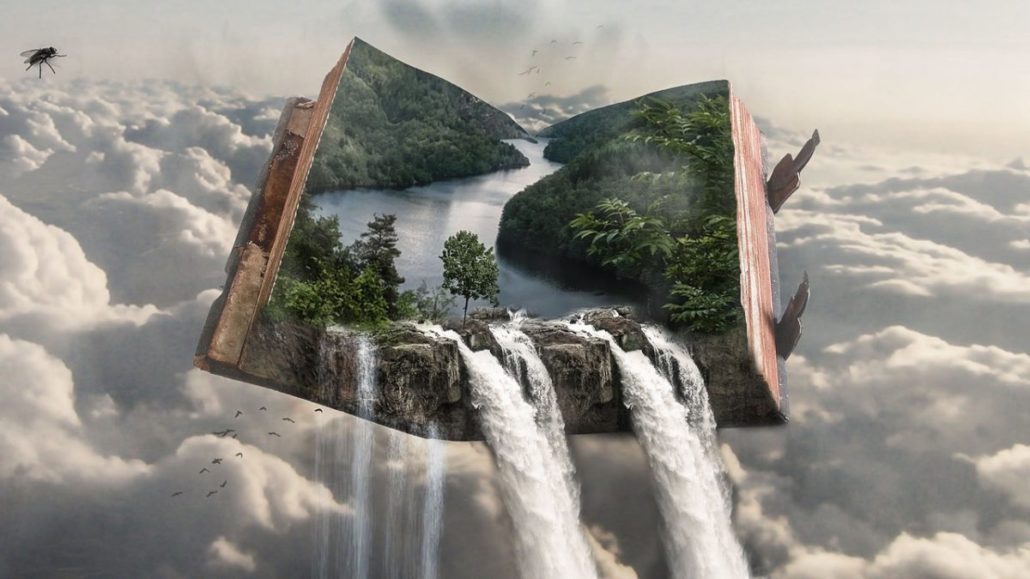 Three times now I have discovered something in a new series that I really liked, but I couldn’t quite identify. First it was with Brent Weeks who debuted with his Night Angel Trilogy, which was more of a traditional High Fantasy, but then released his Lightbringer Series that I fell head over heels for. I couldn’t put a finger on what enthralled me so with the colored luxin-flinging drafters and their crude machines and pistols, but I knew I’d found a real jewel. Another of my favorite authors, Jim Butcher, who wrote an Urban Fantasy series called The Dresden Files, released The Aeronaut’s Windlass about a city located on a great spire, where people come and go via airships riding the Etheric winds, Etherialists divine with their psychic-like abilities, and soldiers wield magic-spewing gauntlets to combat their foes. A third occurrence was when another of my favorite authors, Brandon Sanderson, expanded on his Mistborn Trilogy, which was once again a more traditional High Fantasy setting, and expanded with his metal-consuming magic users who have since developed trains, automobiles, and guns o’ plenty. This is when I started to see a common theme in my new infatuation. My first inclination was to label them as Steampunk or Steampunk-esque. Alas, I’ve recently discovered how wrong I was.

I had stumbled on a new genre called Flintlock Fantasy. By new, I mean a concept that has only been commonly known for a few years. It has some sister genres called Gaslamp Fantasy, Gunpowder Fantasy, and Muskets & Magic. Flintlock Fantasy is basically a Fantasy subgenre that combines fantastical elements with a Victorian Era setting. It’s frequently confused with Steampunk due to the common time period, but differs greatly due to the presence of magic and monsters in place of Victorian futurism. It generally lacks the punk aspect and, like Fantasy, is more about exploring the world dynamics and its characters. Everything I’ve always loved about fantasy in a fancy new shell.

So, even if you’re not into any of this Fantasy or Sci-Fi hooey, hopefully you might give something new a try. Maybe that book that seemed too out of place might hold something new and exciting for you to discover. If you’ve found yourself growing a tad bored with the norm, reach out and explore a little. The ever changing field of literature has so much to offer.

If you are curious about this genre, check out some of the following authors available through our MORE Consortium.

View All Posts
Harry, Hogwarts, and Hippogriffs…oh, my!