This month, our family is watching the Olympic Winter Games in PyeongChang, South Korea from the comfort of our living room.  We enjoy the thrill of ski jumping, luge and snowboarding, the athleticism of biathlon (cross-country skiing combined with rifle shooting), short track speed skating, and 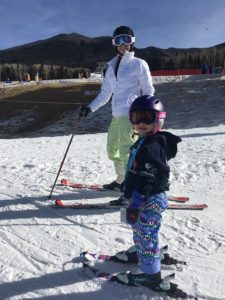 The level of intensity and displays of physical agility and endurance is impressive, compelling, and a source of motivation.  I too wanted to push myself, challenge my body to do more…or at the very least get up and find a library book to satisfy my curiosity about the psychology of sports and competition.  I was successful and to that I present a few library titles for your consideration, as well.

Norwich: one tiny Vermont town’s secret to happiness and excellence by Karen Crouse is the extraordinary story of the small Vermont town that has likely produced more Olympians per capita than any other place in the country—and whose citizens provide a model for achieving excellence while leading a well-rounded life.

“Norwich, a charming Vermont town of roughly three thousand residents, has sent an athlete to almost every Winter Olympics for the past thirty years—and three times that athlete has returned with a medal.  There, amidst the organic farms and clapboard colonial buildings, she discovered a culture that’s the opposite of the hypercompetitive schoolyard of today’s tiger moms and eagle dads. In Norwich, kids aren’t cut from teams. They don’t specialize in a single sport, and they even root for their rivals. What’s more, their hands-off parents encourage them to simply enjoy themselves. Making it to the Olympics is seen not as the pinnacle of an athlete’s career but as a fun stop on the way to achieving other, longer-lasting dreams. Norwich, Crouse realized, wasn’t just raising better athletes than the rest of America; it was raising happier, healthier kids.”

InSide Out Coaching: how sports can transform lives by Joe Ehrmann who describes his coaching philosophy and explains how sports can transform lives at every level of play, from the earliest years to professional sports.  “One of the things I realized is that when we have a win-lose concept of competition, we tend to demonize the other player or team.  If coaches could embody true competition and teach their players how to honor competition and their competitors, imagine how much the satisfaction, pleasure, and participation in sports would increase.  Imagine the social impact of all athletes learning to compete with themselves and others and learning to apply these concepts to their everyday lives.”

The Captain Class: the hidden force that creates the world’s greatest teams by Sam Walker presents a bold, new theory about leadership drawn from the elite captains who inspired their teams to achieve extraordinary success.  Walker presents various aspects of leadership, including communication.  “The greatest misperception about communication is the idea that words need to be involved.  Our brains are capable of making deep, powerful, fast-acting, and emotional connections with the brains of people around us.  This kind of synergy doesn’t require our participation.  It happens automatically, whether we’re aware of it or not.”

Plan to be a Good Old Man. Or Woman.
Scroll to top