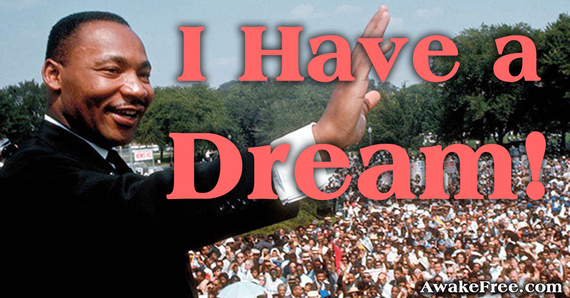 In light of the recent local protests that turned worldwide, and sometimes violent, I thought that a quick history lesson on peaceful protests was a needed topic to discuss.

Since the United States is a democracy, the power lies with the people. We the people are given a voice in government, with the right to exercise that voice to help create change. And certainly, this grows exponentially when multiple voices are together in protests or marches. Anyone remember a protest with 12 people?

Our country has had several peaceful protests that have led to significant change, without any violence whatsoever. 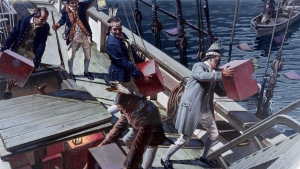 1. Boston Tea Party, 1773. As many of you may remember from elementary school. To protest the high tax of tea on America by England, several colonists dropped 340 crates of tea into the sea. This small, but significant, protest helped to launch the American Revolution.

2. March on Washington for Jobs and Freedom, 1963. 200,000 people listened to Martin Luther King’s ‘I Have a Dream’ speech. Later that same year Dr. King met with President Kennedy to discuss options and remedies. This primed the enactment of the Civil Rights Act the following year, and the Voting Rights Act in 1965. 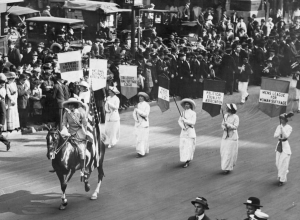 3. Woman’s Suffrage Parade, 1913. More than 8,000 marchers gathered in Washington, D.C. to protest a woman’s right to vote. It did take 7 more years before the Nineteenth Amendment was passed in 1920, but this protest in 1913 was the first suffrage parade of its kind.

4. March on Washington for Lesbian, Gay and Bi Equal Rights and Liberation, 1993. Over 800,000 people gathered here for LGBTQ rights. This march helped gain national momentum for same-sex couples, plus made great strides in the struggle to find a cure for HIV/AIDS.

5. Triangle Shirtwaist Fire Protest, 1911. In 1911, 146 workers were killed in a fire working in an unsafe factory. This tragedy led to a march of nearly 800,000 people on Fifth Avenue in New York, which helped pass new laws to ensure working place safety. This movement gave us laws that we still use today, such as a minimum wage and collective bargaining as a union.

These 5 events were turning points in our history, all non-violent, and all made significant changes to our laws. Yes! Please, exercise your rights to march, protest, and help to create change. But please find it in your heart to do so peacefully.

As always, the library has tons of stuff on American history, laws, protests, and forms of government. Need help? Ask us upstairs at Information & Reference, email librarian@eauclaire.lib.wi.us, or call 715-839-5004.

Adult Summer Reading is a GO!
Scroll to top