What’s In A Name?

That which we call a rose by any other name would smell as sweet. But would it really? I understand what Shakespeare meant; Romeo would be into Juliet whether she was a Montague. In real world situations, I wholeheartedly agree that a person shouldn’t be judged by their name, but for who they are. In literature, however, names can be important.

Iconic characters have names that stick with us. Can you imagine Sir Arthur Conan Doyle’s hyper-logical sleuth answering to any name but Sherlock Holmes? Jay Gatsby is certainly not the name of a boring middle class homebody. Just hearing the name Holden Caulfield evokes feelings of teenage angst and rebellion.

How do authors choose the right names? If you’re a writer, you’ve probably struggled with this task. There’s plenty of advice on the internet regarding the subject. Not everyone agrees, but there are a few basic guidelines. Obviously, a writer should choose names that fit their setting. Jane Eyre belongs to Victorian England; Lady 3Jane belongs to the Matrix. Don’t name your character after another famous character unless their parents were the type to call their kid Ichabod or Katniss. If you’re going to create a name for a science fiction or fantasy world, make sure it’s something people can pronounce. Beyond these basics, though? There are a lot of options for identifying the people you create. 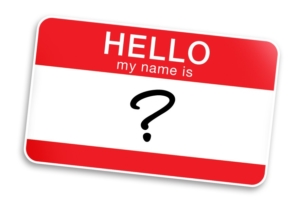 Some characters have extraordinary names to match their extraordinary impact. Literature is full of characters who eschew their common names for something more memorable. Scarlett O’Hara never goes by her given first name, Katie. Scout Finch doesn’t like to be called Jean Louise. Other characters are blessed with given names that proclaim their importance.  Readers would never take a great wizard like Albus Percival Wulfric Brian Dumbledore seriously if he had a mundane name like Peter.

Then again, Peter Parker and Peter Pan are both exceptional characters (though the alliteration definitely helps them roll off the tongue). Elizabeth Bennett isn’t an odd name at all, and J.K. Rowling (through Aunt Petunia) calls Harry Potter a “nasty, common name.” These characters don’t need remarkable names to be special.

Some authors distinguish their characters by giving them uncommon variations of names. Neil Gaiman created his eponymous character Coraline when he mistyped Caroline. An old Scottish variation of Jeffrey replaces the first ‘e’ with an ‘o,’ giving us a Game of Thrones character we love to hate. Humbert Humbert has the same forename and surname.

Whether a character has a one-of-a-kind moniker, or something their fictional parents picked out of a baby names book, I guess the most important thing is that the name fits the personality. Maybe your character needs a name created from Old English (Frodo means “wise”) or a cool nickname (Pi), or to prefer their full name (Ramona Quimby, age 8). Choose wisely, though, writers. Your characters are stuck with their names forever.

View All Posts
Growing Up