Who Got All This Art in My Book?

If you are reading this, it’s a solid bet that you are reading quite a few other things as well. Similarly, we here at the library are in the business of reading everything we can get our hands on. But we get excited about things other than literature too. With the new location opening soon, we’re looking forward to filling our walls and your eyeballs with as much art as they can hold. It has come to our attention that we have a fairly massive amount of titles that combine these two passions seamlessly. These works have come to be known commonly as graphic novels.

What are Graphic Novels?

Graphic novels are actually a subset of the genre comics. “Comics” covers a large range of materials: comic strips, comic books, graphic novels, manga, and others. All of these could also be described as graphic narratives as they utilize both words and images to tell a story. Scott McCloud fully defines comics as “juxtaposed pictorial and other images in deliberate sequence”. The fluid mixture of art and text allows creators to spin tales in vibrant, eye-catching strokes, and allows readers to connect with their works on visual levels outside of the confines of black and white typeface. 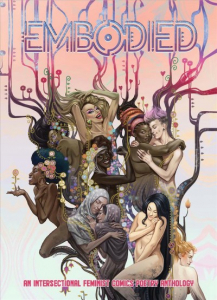 As our collection at the library continues to grow and change, our cataloging systems must evolve to reflect the desires of customers and cater to the accessibility of our materials. Comics and graphic novels alike have found their way onto various different shelves throughout the library over the last few decades. Not surprisingly, a good portion have landed in Youth Services, divided between both Juvenile GN and Teen GN sections. Most adult graphic novels are sandwiched together in the “Art” section of nonfiction (741.5-741.6), a curious smorgasbord, ranging from comic strips to commentaries and current DC heroes to classic fiction. Even more titles have been dispersed elsewhere in non-fiction, filled with historical figures and topics. We have decided it is time for this diverse collection to shake of the dusty numbers of a century-old classification system and bring them together where they can be easily found and perused.

The new arrangement of materials will put all of our graphic novels under the initial filing “GN”.

Fiction will be arranged by:

Nonfiction will be arranged by:

Comics are closely tied to the last century of history in America. The first toe through the door came in the form of comic strips, which were found to boost the sales of newspapers in the 1920’s. The onset of comic books began with strait-laced supermen in the ‘30s and ‘40s. Post WWII, teenage interest in upstanding heroes waned. Creators adapted with edgier stories featuring violence, sex, and horror. Unsurprisingly, such subject matter was tied to the corruption of young minds, and easily paralleled with lingering fears of the influence of communism. In response, many publishers banded together, creating the Comic Magazine Association of America and, in 1954, laid down regulations to reign in the content of comics. This proved to be a productive renaissance for the expanding field of craftsmen. 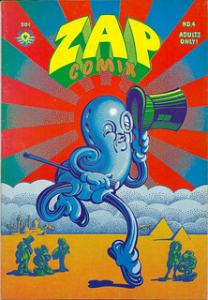 Within the confines of the code, creators began to explore the minds of their protagonists in the context of the real world. Now battling moral ambiguity and world issues in addition to supervillains, comics such The Amazing Spiderman and The Uncanny X-Men began to resonate in new and profound ways with readers. Meanwhile, eschewing the new code, an underground scene blossomed as other authors, like Robert Crumb of Zap Comix continued to explore repudiated topics. The modern imaginings of writers on both sides of the issue contributed greatly to solidifying an extensive comics fandom throughout the country.

Thanks to the dedicated fans, the comics business was now booming, and titles were readily available at thousands of dedicated stores throughout the 70’s and 80’s. As ongoing serialized comics began to feature longer stories over many issues, completed arcs were often compiled into larger collections, or book formats! The ‘80s & ‘90s saw many stunning compiled works such as Elfquest , Watchmen , and The Sandman. Other authors moved completely away from serialization. Art Spiegelman’s enduring non-fiction story, Maus: A Survivor’s Tale, was published as a fully realized long-form graphic novel. As collections and novels made their way into stores and libraries, the genre continued to flourish over the next two decades in fiction and non-fiction alike.

So, whether you are new to graphic novels or have been reading comics since you were a kid, our collection almost certainly has something new (or old) for you to discover!

Faster Than a Speeding Bullet: The Rise of the Graphic Novel

A Commendable Spectacle: The Renaissance Festival
Scroll to top