You Can Stay at Our House, John Wick 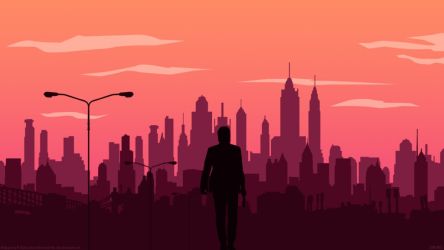 Seriously, you can stay at our house, John Wick. And that has nothing to do with you being portrayed by Keanu Reeves. Well, it doesn’t hurt that you’re played by Keanu, but that isn’t why you can stay at our house. It is because I’m worried about you. From the moment you lost your beagle, Daisy, I was worried. Even with your new dog (the pit-bull mix), I’m still worried. Don’t get me wrong, I know you can handle yourself. But as I’ve watched you tear the Russian mafia from NYC, then get pulled into the family conflicts of Italian mobsters, I’ve grown increasingly concerned about your well-being. In fact, I’ve grown so concerned, that I’d rather have you stay at our house than have to see your story end in a way that hurts me too much.

This isn’t the first time this has happened. I remember sitting in my room as a child, sobbing and screaming “Travis! Don’t do it! Old Yeller can stay in our basement!” Before you even say it, I understand. He had rabies. It wouldn’t have ended well in our basement, either. That’s not the point. Sometimes, there are characters that are simply too good for me to handle them being hurt (or worse). I would learn to live with your strange lifestyle and checkered past just as I would have learned to look past OY’s foaming mouth and random aggressiveness. When a character embodies a virtue or viewpoint that aligns so perfectly with my own, I just can’t stand to see bad things happen to them.

Take, for example, Sirius Black: despite being persecuted for crimes he never committed, he didn’t look for revenge. Instead, he sought opportunities to stand up for the innocent. He went into hiding, but not to protect himself. He hid so that he would be able to protect others. That’s a mentality that I find utterly commendable. But I would have built an incredible park in my backyard and let him live as Padfoot until he was old and gray, if it would have protected him.

By now, you may be thinking that I just have a soft spot for dogs. Well, I do. But that isn’t why I’m worried about John Wick. I worry about all the characters I read or watch that live the way I wish everyone else would. I worried about Nebula when she wandered off from the Guardians. I worried about Anne Shirley’s arrival at Green Gables when Marilla had her gender issues (and don’t even bring up Matthew, I’m not over it yet). I worried about Tom, even though I trusted Atticus implicitly. I worried about Abraham Lincoln when he was hunting vampires. I worried about Edmond Dantes getting lost in a drive for revenge. I worried about Wade Watts needing the money so much that he would sell the world to be free himself. I even worried about Frodo (though, to be honest, I was more concerned for Strider and Gandalf).

You can stay at our house, John Wick.