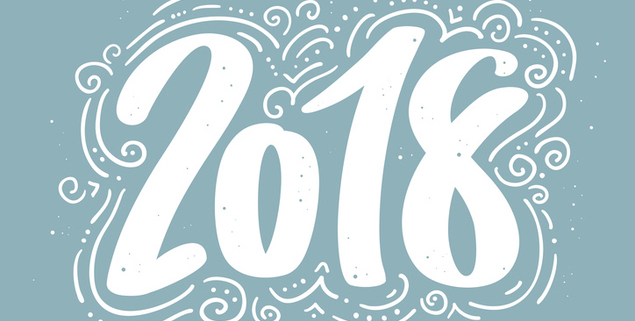 As 2018 comes to close, I decided to unoriginally review the year to make sure you don’t miss out on something exciting. I’ll spare you the talks of politics and world news, as I’m sure you’ve seen enough of that on Facebook already (and let’s not get started on Facebook itself…). Despite what happens around the world, we can always rely on there being a lot of great media to consume, whether that be books, movies, or video games. I decided to help you all out by scouring the internet for the best of the best from this year that you can check out from the library!

My research for best fiction books of 2018 to recommend has me second guessing my blog topic as there’s a lot of favorites for many different genres. However, there are some definite standouts. There There by Tommy Orange is one of these standouts. It is a novel about the struggles found within Native American communities. A unique tale of slavery, Washington Black by Esi Edugyan also headlines some of the best fiction in 2018. Broken into three distinct sections, Asymmetry is a powerful psychological fiction title that was found in lists like The New York Times. For a little bit of lighter reading, check out the fantasy book Circe by Madeline Miller or Leah on the Offbeat by Becky Albertalli for your Young Adult fix. Stephen King keeps churning out the horror all these years later with the proclaimed best horror fiction Elevation and The Outsider won Best Mystery & Thriller in the Goodreads Choice Awards.

Non-fiction in 2018 ran the gamut of interesting topics. From what I gathered, Educated by Tara Westover is a must read memoir! Another great memoir called Heavy by Kiese Laymon is a devastatingly honest book about a black man in America. The most lauded biography of 2018 easily has to go to David W. Blight’s Frederick Douglass, one of the most influential people in the 19th century. For insight into the darker side of Silicon Valley, look no further than Bad Blood by John Carreyrou. This critically acclaimed book is an account of the startup Theranos. Published posthumously, I’ll Be Gone in the Dark by Michelle McNamara is a true crime masterpiece which may have even helped lead to the arrest of the previously unfound Golden State Killer. If you’re feeling hungry, Chrissy Teigen is back with Cravings: Hungry for More with tasty recipes like Pad Thai Carbonara.

When it comes to movies, often times the movies hitting the top lists for the year don’t match what was the popular releases, which means you can probably find something really good that you didn’t know about. The Rider is a story about an injured cowboy who has to find a new purpose in life. If you’re into science fiction, Annihilation is high on a ton of lists not just for its genre, but for all movies. Grindhouse movies are not something you often see in people’s lists for top movie of the year, but Mandy starring Nicholas Cage is found all over, and even tops Esquire magazine’s list! First Reformed follows the unraveling of a small church in upstate New York and stars Ethan Hawke who is lauded for his performance. If you’re looking for something the whole family can watch, Paddington 2 was by far the highest reviewed kids movie of the year. Black Panther and Avengers: Infinity War were definitely the blockbusters of the year and best superhero movies. You Were Never Really Here, with an amazing performance from Joaquin Phoenix, takes a different perspective to the action film genre.

My coworkers often tease me for a lot of my previous blog posts being about video games, but I can’t avoid talking about them in a blog post like this because there were so many great titles that came out this year. The Nintendo Switch kept on rolling with hits like Pokémon: Let’s Go Pikachu or Eevee. The newly released Super Smash Bros: Ultimate and God of War for the PS4 and Red Dead Redemption 2 (PS4/XB1) have been duking it out for the top spot of everyone’s top game of 2018. Fortnite is neither something you can check out (it’s free to download) nor a 2018 release, but it has definitely been the biggest game of the year and has taken the world by storm. The PS4 exclusives kept coming with critically acclaimed Spider-Man that seems to finally let you feel like a webslinger. Other great titles include Monster Hunter: World, Dragon Ball FighterZ, Call of Duty: Block Ops 4, and Assassin’s Creed: Odyssey.

I tried my best to include as many great titles as I possibly could but I sadly don’t have the time to inform you of all the great media out there. Definitely stop into the library and check out our awesome blog post bookshelf where I’ll try to pull some great titles from the past year I didn’t get to mention. Also let me know in the comments your favorites from 2018!

View All Posts
You Can Stay at Our House, John Wick