A Sense of Place: Home Is Where the Hurt Is

One of the many things I love about books is the way they can show you another way of thinking and feeling. They can also take you to another place physically. For example, they put you in someone else’s shoes or they show you what it’s like to live in or visit another place. My favorite genres of books are mysteries and crime fiction. My favorite examples of this class of books and their stories are the ones where the city or area that they take place in becomes as much of a character as the people that inhabit those locations. I love to read these types of books before I visit a certain place or vice versa, visit a city after I’ve read a story that takes place there. Two of my favorite authors are Laura Lippman and George Pelecanos and it’s their books that I will highlight in this blog.

The majority of Lippman’s stories take place in Baltimore, MD (AKA Bodymore, Murderland), a perfect setting for murder mysteries due to the city’s unusually high homicide rate. I initially became fascinated with Baltimore after watching Homicide: Life on the Street and The Wire. These TV shows were developed from stories penned by David Simon, who incidentally is Laura Lippman’s husband. Both Simon and Lippman put in time at the Baltimore Sun newspaper before becoming fiction writers. One of my favorite of Lippman’s books is In a Strange City which centers around Baltimore’s Westminster Cemetery where Edgar Allen Poe is buried. Every year a mysterious figure leaves three roses and a half bottle of cognac on Poe’s grave. In this story someone is shot during this ritual. A brilliant scenario for a murder mystery! On one of my visits to “Charm City”, I searched out the small cemetery and took a selfie in front of Poe’s grave marker. I’m currently reading Lippman’s newest offering, Sunburn, which takes place in Baltimore and nearby Delaware. This story is written in the classic noir style and unlike many of her books, does not feature her classic character, detective and former newspaper columnist Tess Monaghan. So far I’m really enjoying it. 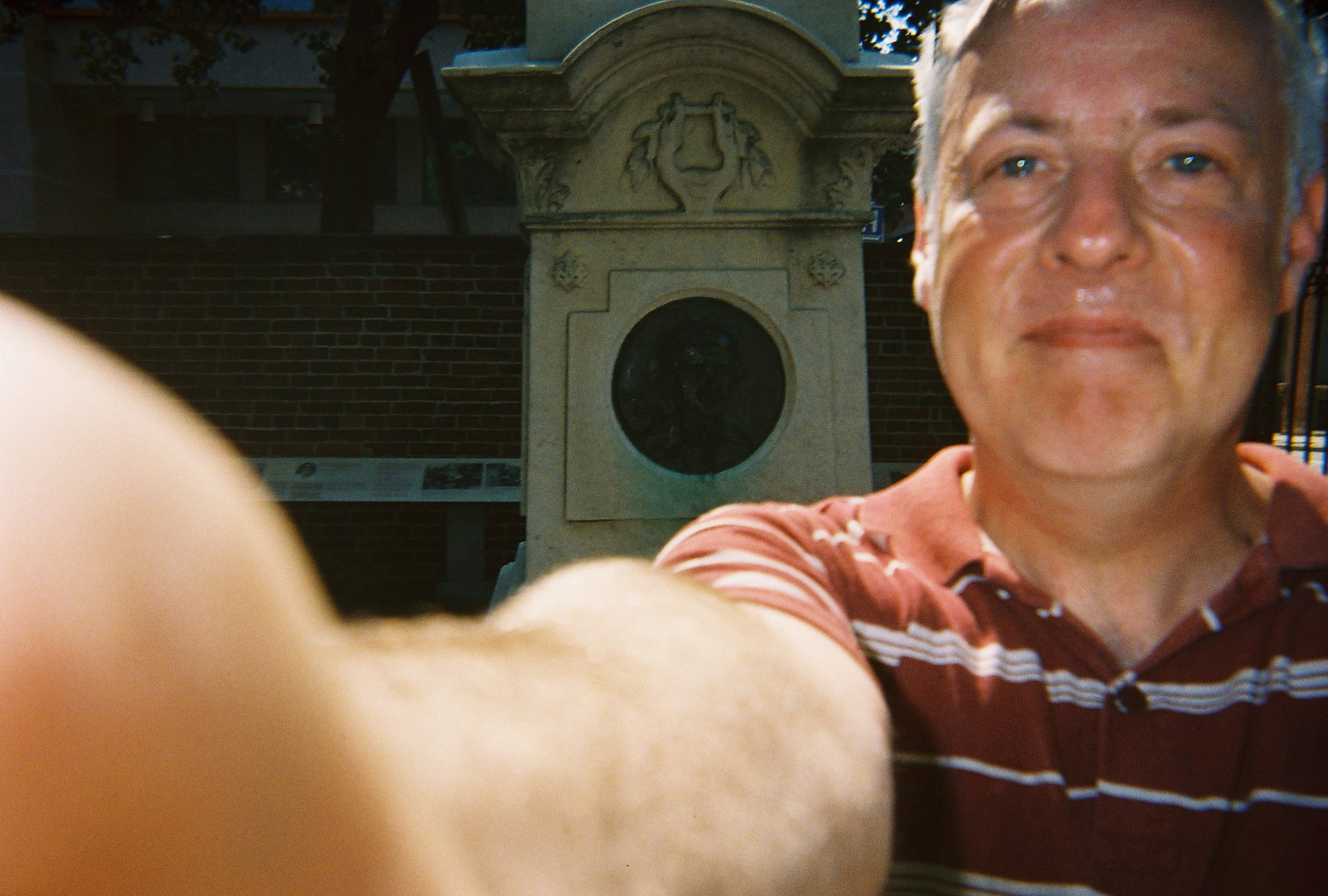 I first got turned on to George Pelecanos by my friend Bill Swan who lent me his copy of Right As Rain. I finished it and went on to read all his other books (some two or three times). Many of the books feature Detective Nick Stefanos, a Greek-American, just like the author. Pelecanos has many other recurring characters in his books as well such as Dimitri Karras, also Greek-American, and Derek Strange and his police partner Terry Quinn. Pelecanos features many African American protagonists on both sides of the law and he writes them in a rich manner. Probably my favorite of his books is called The Turnaround, which features a crime that resonates through decades for both it’s perpetrators and victims. The story centers around a Greek diner and it’s owners. Pelecanos himself grew up working in such a diner owned by his dad, alongside many African Americans in his native D.C., which is one of the reasons that he writes black characters so vividly. One of these characters is Lorenzo Brown from the novel Drama City, another favorite. Like many people featured in Pelecanos’ books, Brown is someone who is trying to turn his life around after a stint behind bars, getting a job as animal control officer. Largely because of Pelecanos, Washington D.C. has become one of my favorite American cities, now having visited there three times including just last March. 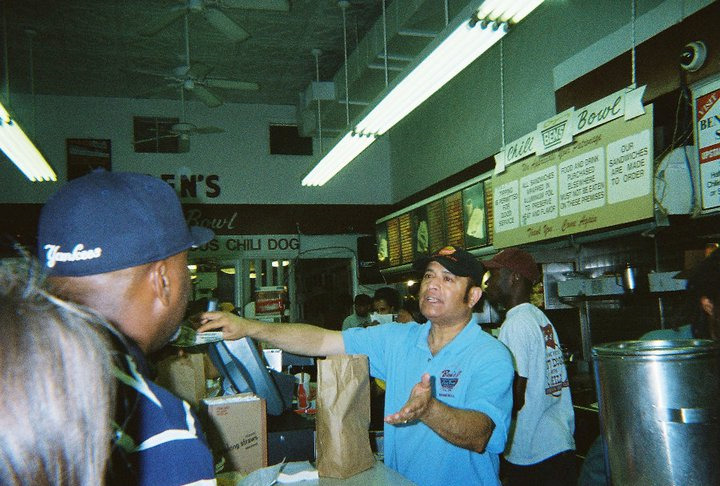 Thanks to an appearance on Anthony Bourdain’s D.C. segment of No Reservations (see my last blog for more on AB), I learned that Mr. Pelecanos’ most iconic food item and the restaurant that offers it up, the one that he would most recommend to a visitor to this great city, is a chili half smoke with mustard and onions from Ben’s Chili Bowl in the historic black neighborhood of Shaw. My wife and I took his advice and went there as soon as we were settled in at our guest house. Thank you for allowing me to share my passion for these types of books and the places where they take place.

Authors and their featured locations:

Give a Kid a Book
Scroll to top