If you had told me a year ago that I would spend countless hours staring at rocks three thousand miles away via a live webcam, I would have questioned your sanity.  Yet on March 19, 2021, a new volcano was born in western Iceland that would end up mesmerizing me until its last lava welled up in September.

The wider volcanic system is named Fagradalsfjall, and the valley where the new fissure emerged is Geldingadalir.  While not quite as incomprehensible to American eyes as Eyjafjallajökull, which erupted in 2010, neither of these names are easy to throw around in a chat room.  The group of online volcano watchers I joined gave each of the new lava vents its own, shorter nickname.  By far the greatest in size and longevity was a two-headed cone we dubbed “Ragnar.”  The “Rag” half slowly got overtaken by its twin, and eventually only “Nar” remained, growing to the height of a seventy-eight-story skyscraper, spilling rivers of lava that filled adjacent valleys to overflowing.

Had the volcano reared its fiery head nearer to civilization, it would have been a disaster.  However, Nar (or Geldingadalsgos, or Fagradalshraun, which are more official names used for the eruption and its lava field, respectively) was a very polite volcano.  It arose in the middle of a stark landscape devoid of trees and buildings.  Past generations had grazed livestock in the area, but in recent times only hikers traversed its rocky peaks and mossy valleys.  No roads were close enough to be damaged.  The volcano did eat a few cameras and some observation equipment, but those were placed in the danger zone on purpose.  Even the ash that marks many eruptions was absent due to the makeup of the magma.  The only people harmed were sightseers who fell on the mountainous terrain. 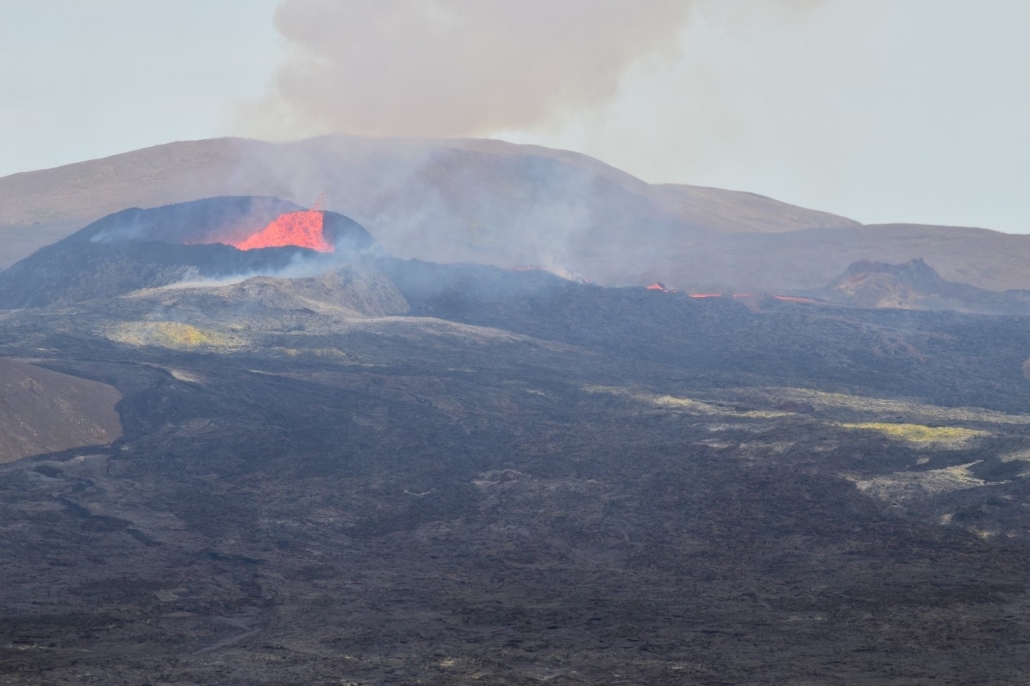 Icelanders call these “tourist eruptions” because they are relatively safe to visit, and this one lived up to the name in a big way. Thousands from around the world flocked to witness nature’s extravaganza, a much-needed boost for a tourism industry stifled by the pandemic.  Thousands more, like me, were riveted by multiple online video feeds.

Day after day I watched as the landscape changed under the oozing, gushing, fountaining lava.  Cones formed and collapsed.  Lakes of fire filled, churned, and drained.  Blazing rivers coursed down the sides of valley walls.  Jagged, bizarre formations of new rock reared up and crumbled.  Swirling embers formed fire tornadoes that skimmed over glowing streams.  I never imagined there were so many shades of red and orange.  The volcano was capricious, sometimes erupting in predictable cycles, and sometimes taking a few days off to recharge.  Some lava moved rapidly, while some crept along at a snail’s pace.  The delicate, contrary dance of creation and destruction continued throughout the spring and summer.

When the flow of lava stopped, it felt like saying goodbye to a friend.  Still, if it had kept on erupting for years it would eventually have reached–and damaged–civilization, so perhaps the politest thing it did was not to overstay its welcome.  And who knows?  Iceland is one of the most geologically active regions on the planet, so another polite volcano may pop up sooner than we think. 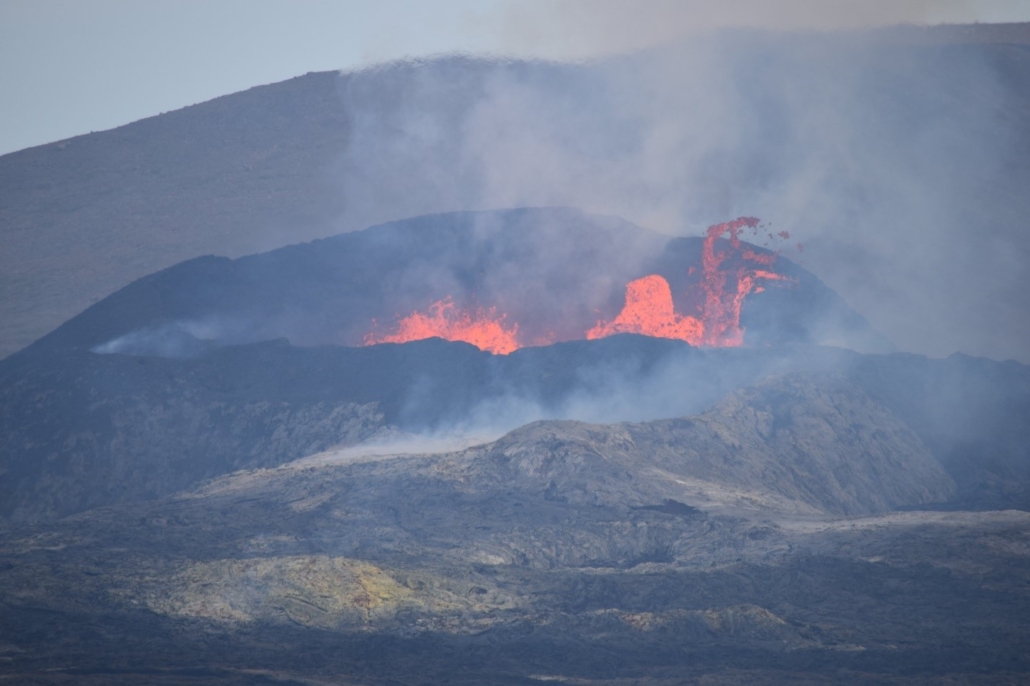 Volcano photos in this article are courtesy of acoupledaystravel.com

Read more about volcanoes without inhaling any ash with the following titles at a MORE Library near you!