Memoir of a Fantasy Snob

One of my most defining moments of self realization in my life was when one of my favorite professors, Rob Reid, called me a fantasy snob. I was torn between taking the comment as an insult or accepting it as a badge of honor. From Rob Reid, if you know him, it’s not always so easy to tell. He is one of the nicest people you’d ever meet, and really seems to enjoy the spectacle of confrontation rather than partaking in it. Unless you’re talking about banning a book, then the Reid gloves come off. But as interesting of a BLOG it might be to talk about Rob Reid, this post is about my relationship with my favorite genre and how I changed in response to the scenario.

We were in Rob Reid’s Adolescent Literature class and the students were taking turns sharing their open read selections for the week. My selection for the week was Garth Nix’s Sabriel. Of course, first tip off here, for an open selection week I gravitated toward a fantasy option. Each student shared their selection with mostly positive reviews and suggestions for reading. Then, my turn arrived. I began my review with a brief description of the book that sounded something like this… 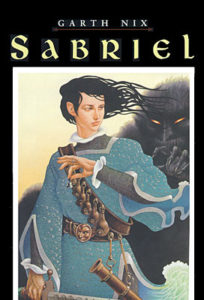 Sabriel is a story about a young girl who has the gift of necromantic powers she has inherited from her father. She has the ability to communicate with the world of the dead and it is her father’s job, the Abhorsen, to protect the world of the living from the malice of the dead. Sabriel must venture into The Old Kingdom, a place of magic and mayhem, to find her father who has disappeared. Nix does a great job building a detailed world where a physical wall divides the chaotic free magic of the north from the peaceful lands of the south. You might notice this is a little reminiscent of R. R. Martin’s Song of Ice and Fire series, but I believe it’s a great foundation to build up his own unique take on the concept. My major complaint with the series is its magic system. Magic systems are one of the most important aspects of a fantasy series. It’s one of the components that places the author’s work apart from others. Sabriel is seriously lacking in any complexity as their necromancers wield various bells to do their deeds. It seems there is a bell readily available to complete whatever task is necessary. Rather than developing the complex pseudo-science that fantasy authors like Brandon Sanderson in his many Cosmere novels or Brent Weeks in his Lightbringer series are known for, Nix has taken the more convenient ‘Superman-like’ approach that allows him to change the system’s capabilities to fit the situation, rather than address each situation within the limits set by the complexity of a well designed magic system. For anyone wanting a quick fantasy read and who doesn’t really care about the finer details, Sabriel would be a good starter series to test the fantasy waters, but for those looking for the finer qualities by master fantasy writers may prefer something more in depth, like Robert Jordan’s The Wheel of Time.

Well, I felt my review was perfectly fair. I was honest and I pointed out both positive and negative qualities. I figured it was thorough and fitting. Rob Reid asked me if I was considering this in regards to adolescent literature. I thought about it for a moment and agreed that adolescent literature may refrain from the more in depth development to help minimize book length and complexity to appeal to a younger audience, but that I guess I had high standards for my fantasy expectations. This is, of course, when he asked me if I would say that I was a bit of a fantasy snob. The comment did not offend me, but it did surprise me and made me reflect a little. I always knew I was a nerd, and that I’ve been labeled a bit of a know-it-all, but to be brought to the level of snobbery seemed well over the top of my capabilities. So, I had to think about it.

I started by thinking of what that label really means. The definition of a snob doing a quick Google search tells you that a snob is “a person with an exaggerated respect for high social position or wealth who seeks to associate with social superiors and dislikes people or activities regarded as lower-class.” A ‘snob’ in a reading sense would then be someone who has an exaggerated respect for literature, specifically genre in this case, but probably lacks the social aspect due to the common asocial personality found in nerdy readers such as myself. He specifically asked me if I considered myself to be a fantasy snob instead of simply saying I was, and the snob label denotes an ‘exaggerated respect’. It’s truly difficult to say for sure how I truly felt about the label, but I knew the intent of his comment. I came across too strongly with my review, set unrealistic expectations and I wasn’t giving the material a chance for the intended audience. I was also not considering how other students would likely critique a fantasy novel, especially those unfamiliar or who only dabble in the genre.

I have since softened the swing of my critical ban hammer when suggesting materials to others. I’ve even suggested Sabriel to those who prefer adolescent literature but are curious about the fantasy genre. Rob Reid managed to not only help me in my self reflection when talking literature, but has given me a honed skill in referring customers to their desired materials. So the BLOG post has managed to turn around to an indirect thanks to Rob after all. 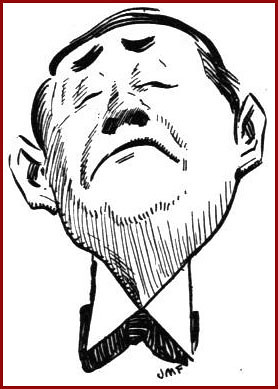