Music Makes The Library Go ‘Round 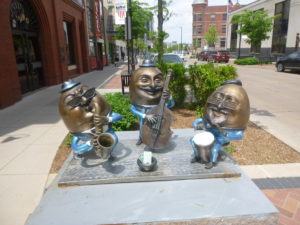 I have been a working (I say working instead of professional since I’ve never been able to make a living at it) musician since I was 17 and an avid music fan for as long as I can remember. My dad instilled in me my love of music by having a great record collection that he often played when I was around. The Beatles, Creedence Clearwater Revival and Neil Young were just a few of his favorites that are now mine. Because of lifelong love of music, I wanted to highlight the diverse selection of materials our library has and highlight some of my favorites for you.

We have a vast collection of CDs that cover many musical genres from jazz, hip-hop, blues, country, world, rock and classical.  We have Documentary DVDs that feature musicians as well as instructional DVDs that can teach you drums, guitar and bass as well as many other instruments. We also have a multitude of books that cover everything from musicians, to producers and record label owners, and books that highlight specific musical equipment. Also, like the DVDs mentioned above, we have an extensive array of books that offer instruction on your favorite instrument and songbooks that cover a wide variety of musical styles. 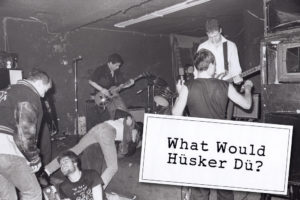 Let’s start with books, and the first one is very special to me. It covers the Minneapolis band, Hüsker Dü, that started off as a hardcore punk band and morphed into more of what could be called power-pop with a punk edge. My high school band Mecht Mensch, became friends with the members and played a fair amount of gigs with them. Our band is mentioned a couple of times in the book, which is called Hüsker Dü: The Story of The Noise-Pop Pioneers Who Launched Modern Rock.

The next book I’d like to call attention to is called Guitar Effects Pedals: The Practical Handbook and unlike its pragmatic title, it is a fun 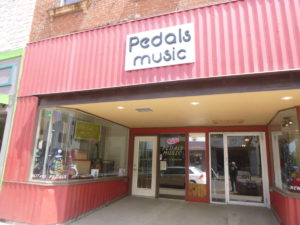 book that covers a wide variety of pedals old and new. As a drummer who dabbles in guitar,  I find this book fascinating. It also comes with a CD so you can hear what some of the pedals sound like. Eau Claire is lucky in that we have a store that specializes in the types of geeky equipment this book discusses. It’s called Pedals Music, and it’s right over on Barstow Street.

One of the many books in our collection that contains written music is Scott Joplin Complete Piano Rags. I point this book out not only for its great music but also because it’s one of the few instruction books we have that features an African-American artist.

Next, I’m going to highlight a couple of my favorite DVDs. Gimme Danger, Story of the Stooges covers Iggy Pop’s first band and contains a lot of information that was new to me, contains lots of  great raw music, and it’s directed by one of my favorite directors, Jim Jarmusch! The second DVD is called Good Ol’ Freda and it features Freda Kelly, who as a teenager became the head of the fan club of a little band called The Beatles. Little did she know what they would become. As a Beatles geek, I gained a lot of new insights about a band that I already new tons of stuff about.

Now, I’m going to talk about a couple of CDs, including one I discovered while checking in CDs one day and one that I knew about from other sources.

I came across the soundtrack to Trouble Man, a 1970s film that I’d never heard of, and it caught my eye because it featured the music of Marvin Gaye. It contains a variety of musical styles, instrumental as well as vocal tracks. I would not have known about this CD if I didn’t work at the library. Kudos to Pamela, the Library Director, for choosing this special disc! The other disc I’d like to mention is by one of my favorite new country artists, Margo Price. It’s called Midwest Farmer’s Daughter and it’s her debut album. If you like her music, she is playing at one of Eau Claire’s special Music Festivals, The Blue Ox, on June 14.

If some of the musical artists that are covered in this blog post or on our shelves really attract you, you can head over to another shop, also on Barstow, that Eau Claire is lucky to have, Revival Records, and peruse their bins. 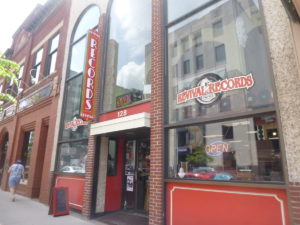 Thank you for reading my post about our library’s various musical offerings. I hope I have encouraged you to dig deeper into some musical styles that are less familiar to you and explore some of the great music festivals and shops in our community.