Sleuthing Up Some Fun 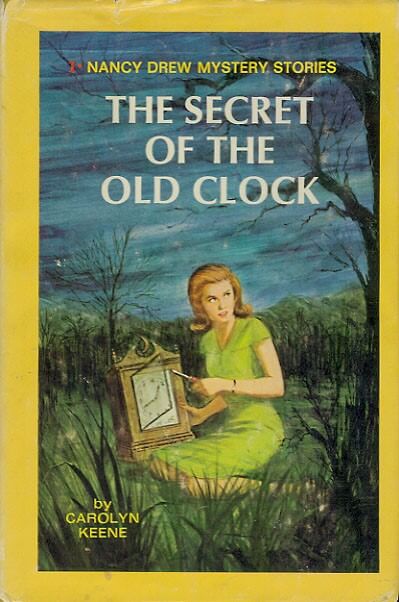 One of my greatest passions in life has always been reading. No matter where I was, what was going on, I had a book in hand. Then an introduction to puzzle games grew into a deep love of video games. Very rarely do I get to indulge in all of the above at once, but the one series that has never failed me is the Nancy Drew series. Now many are of course aware of the longstanding Nancy Drew book series, it has been 87 years now since she first appeared on our bookshelves. The book series has given us a wonderfully strong, independent, and, best of all, intelligent protagonist who’s clever wiles and blunt tongue has gotten her into and out of multiple sticky situations since 1929. The original book series has a total of 175 books spanning from the first written in 1929, to the last written in 2003.

After this they decided to try multiple different ways to revamp Nancy so that she would still appeal to yet another generation of pre-teen and teen girls. The various Nancy Drew revivals have sparked multiple media outcomes, such as the Hardy Boys & Nancy Drew Mysteries (1977) that came out for TV, Nancy Drew (1995) for TV, Nancy Drew (2007) [MORE DVD] the movie, and more recently a TV Movie called Drew (2016) meant to come out later this year and have a more modern version of Nancy Drew as a New York City police detective.

The final media area that Nancy Drew has inspired is video games. A series of 32 Nancy Drew games created by Her Interactive with the intention of encouraging girls to play video games and showing that there was a company making games for this often forgotten market (unless it’s Barbie). The first game, Secrets Can Kill was released in 1998 and the series blossomed after that. The games are considered part of the ever popular “Point & Click” style of games, and the games are mainly for the computer, though a few have been released for various other systems, such as the Game Boy Advanced Message in a Haunted Mansion [2001], the Wii The White Wolf of Icicle Creek [2008], and the DS The Deadly Secret of Olde Worlde Park [2007], The Hidden Staircase [2008], The Mystery of the Clue Bender Society [2008], The Model Mysteries [2010] ). Some of the titles gained enough popularity that they even had mobile versions made for the Kindle, and iPad. All of the games are rated E for everyone so they are safe for young players as well as old.

These games are based on one or more Nancy Drew book though not always based on the book of the same name. All try to visit many different places, countries, and multiple states in the US, (Try Treasure in the Royal Tower, it’s set in Wisconsin!), no place is visited more than once. When you get stuck you can call the Hardy Boys or Nancy’s best friends Bess and George. The fantastic thing about all of the puzzles and information in the game is that all of it is factual! You may be asked while on a ranch to pick all of the ripe tomatoes, but there are 7-8 different kinds of tomatoes there, what to do? Well the game will point you towards a book on a coffee table that shows multiple tomato types and what they look like while ripe and unripe. You can utilize this knowledge to complete the task correctly all while learning some real-world information at the same time.

Many players of the games would not describe the action in them as ‘explosive’ or even ‘aggressive’. Though that is not to say that Nancy doesn’t end up in danger, they simply mean that the heart racing parts in the game come more from the tension of being in a forbidden place, uncovering secrets, all while knowing you could be caught if you don’t move fast enough or solve a puzzle in time.

The Nancy Drew games are a fun and intellectual game for ladies young and old, (guys feel free to play them too, puzzles are for everyone!), where none of the usual tropes pitfall this young sleuth. No one teaches her the skills she has, she never comments about ‘girl power’ when she completes a traditionally ‘masculine’ challenge. Nancy is seen as a capable and brilliant detective who is straight forwards with little to no tact, uses no slang, and is infamous for her uncool wardrobe, (we’re looking at you horse shirt), including ‘mom’ jeans. Friends, sisters, daughters, mothers, and grandmothers have all connected with each other bonding over the Nancy Drew games and many say they are surprised to find this common ground in a video game.

The latest title from Her Interactive is Nancy Drew: Codes and Clues which is a mobile game meant for a younger audience, (recommended ages 5-8). This game is intended to introduce the basic principles of coding and programming. It follows the company’s long-time views of encouraging girl’s interests in STEM (Science, Technology, Engineering, and Math) fields.

So join me fellow puzzle lovers and sleuths! Try out a Nancy Drew game. We have them here at the library! I first found the Nancy Drew computer games here at L. E. Phillips myself. Feel free to tell me all about your favorite one if you’ve played one, or even ask for recommendations based on things you’re interested in, I’m an avid lover of the series and own all of the games!

The Secret of Shadow Ranch [Trailer]
The White Wolf of Icicle Creek [Trailer]
Trail of the Twister [Trailer]
My Favorite Game! [Trailer]