Our Library: Then & Now

This library is 162 years young, but it has seen a lot. A lot of people, a lot of media, and a lot of humanity. Who says libraries are boring?

If you’re like me, you grew up in this building. As a child, I played hide-and-go-seek on all floors (don’t do that). My teen self sheepishly checked out Hillary Duff CDs I didn’t want my friends to see on my playlists (thankfully, librarians never judge). As a 20-something college student, visiting the library for Wi-Fi saved me from a hefty internet bill. I am one of many who was raised in the walls of this building, so naturally, I have an interest in it. 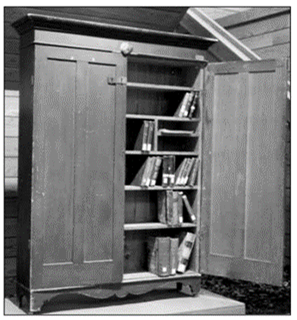 The OG library in the Mahler and Putnam store

We started as a large case kept in the Mahler and Putnam store on Eau Claire St, back in 1860.  Now it’s the largest library in the area, even larger than any of the libraries in the IFLS system!

From a single book case, we upgraded to a space in the back of the post office in 1875. It may seem like a small victory, but it was actually the 4th official public library in the state. It only contained nonfiction titles, most of which cost under $1.  If you wanted a fiction title, you would unfortunately have to wait until 1876, as it was considered too frivolous for a city library until then. Imagine what they would think if they knew we would carry banjos and robots in the future?

We thrived in that space until our move to the Ingram site in 1894, and from there to the Carnegie building (better known now as City Hall) in 1901. We even expanded out to multiple branch locations during this decade; a feat we wish we could be accomplishing today, if only the funding allowed it.

We finally started building the current location in 1976, and we have called it home ever since. Of course, this does not include the exception of the Mall Drive temporary location during the past year! The pros of this location did not fall on deaf ears; we librarians have learned a lot about the conveniences of that building that we will be taking with us into the future.

Our new space features a more open-concept, brighter environment. This new look includes playful color schemes and stools that look like turtles (seriously though, it was definitely time for new seating/equipment). The color scheme of neutrals, blues, and greens was chosen to show pride for our riverside location, tying in with the theme of Eau Claire, the city of clear water.

When doing research for this post, I found a charming message left by Jeannie Wilcox back in 1976 that she added to a report on the new building after it was built. She remarked in a hand-written note paperclipped to the first page, “Isn’t it wonderful that this report is already out of date?” and ended her report with this message:

With such an interesting history, one cannot help wonder of the future of the Eau Claire Public Library.

As Samuel Johnson has said, “No place affords a more striking conviction of the vanity of human hopes, than a public library”. 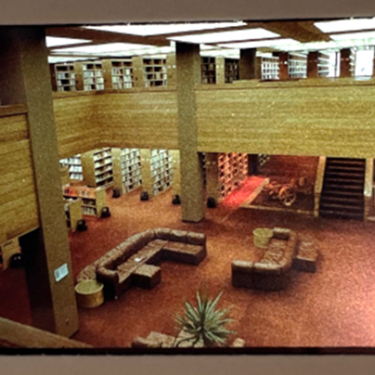 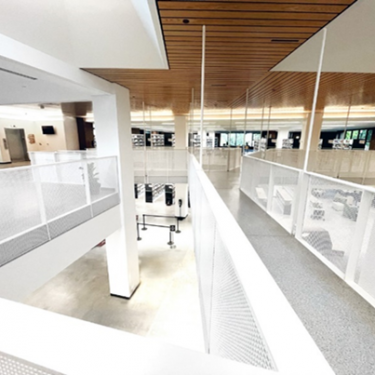 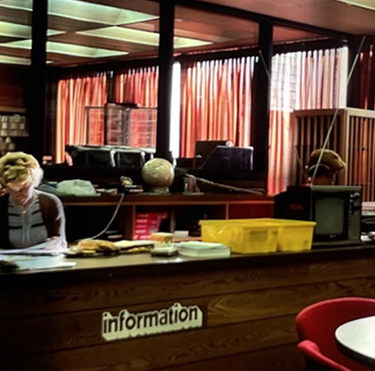 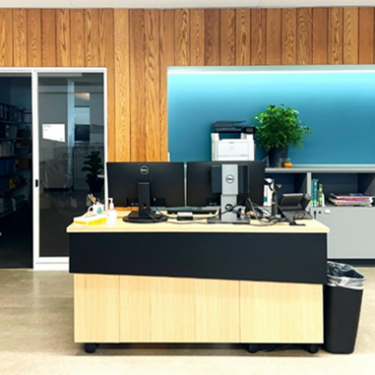 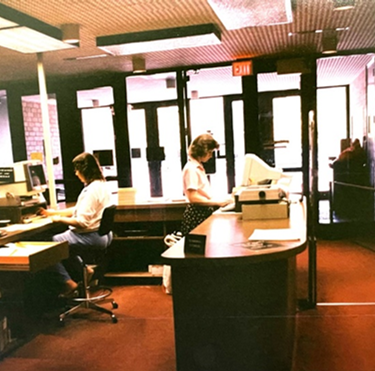 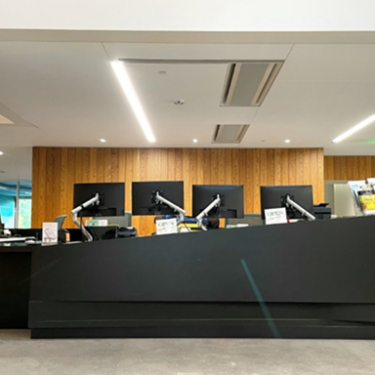 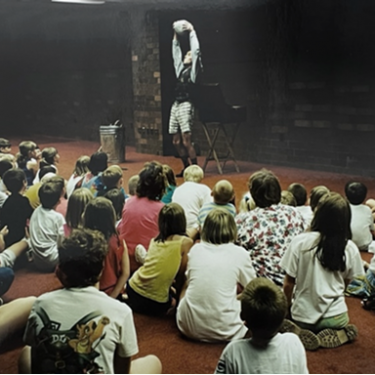 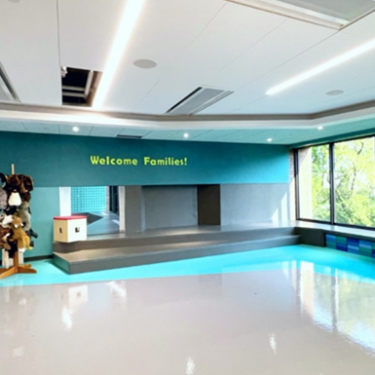 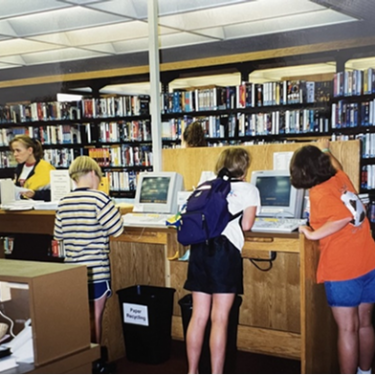 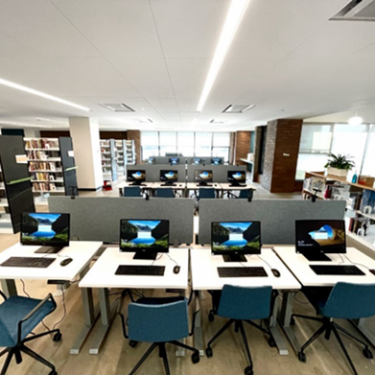 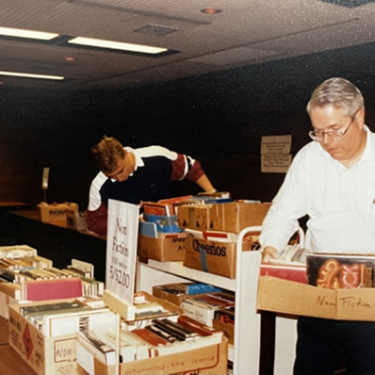 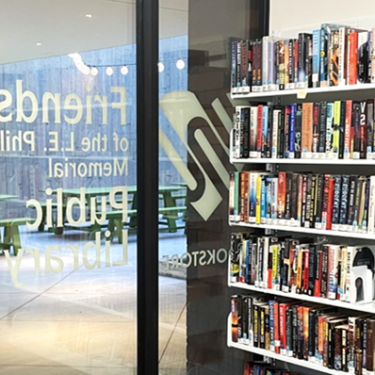 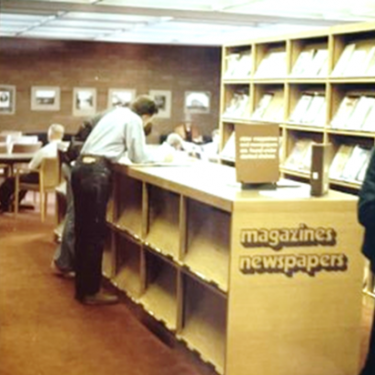 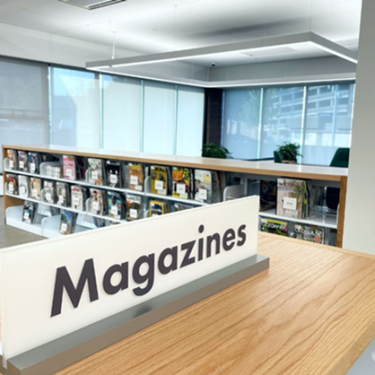 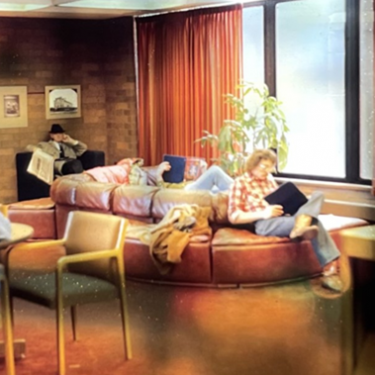 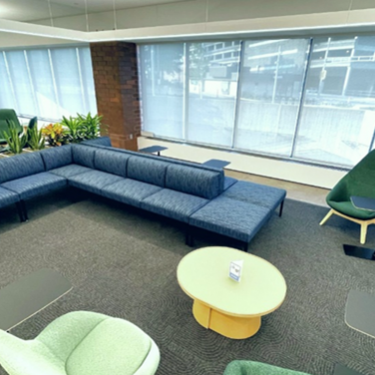 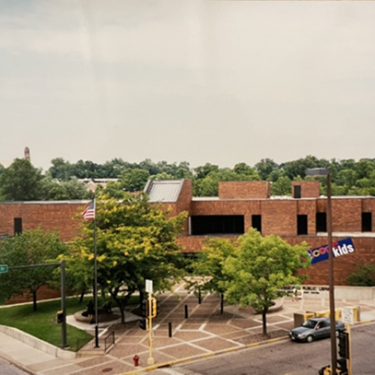 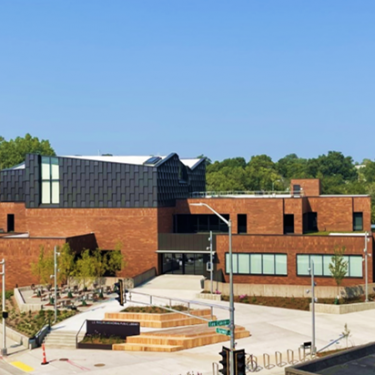 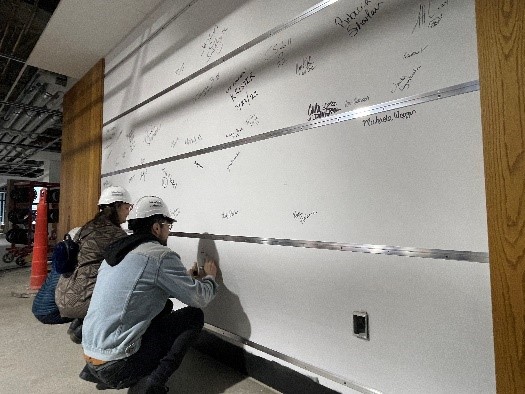 Staff signing the wall during a tour in March. 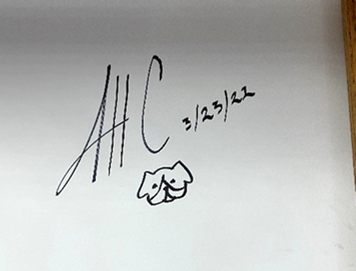 There’s some bonus artwork waiting for rediscovery, too.

View All Posts
A Commendable Spectacle: The Renaissance Festival

Get to Know BadgerLink
Scroll to top